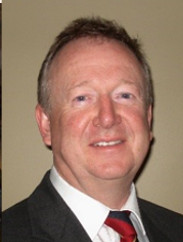 Stephen has over 25 years’ experience in underground mining, tunnelling and construction including 16 years in the evaluation, design and construction of block cave mines. He has been involved with shotcrete on deep mining projects since 1992 and has had seven shotcrete related papers published.

Stephen has worked on both the contractor and client sides of the mining industry, including periods with Thiess-Thyssen, Pasminco, Rio Tinto, and now Newcrest Mining Ltd since 2007. He is based at Newcrest’s Cadia Valley Operations, situated near Orange, New South Wales, Australia.

As Principal – Mining Technology, he is responsible for the adaption and adoption of mining technology step changes across Newcrest, as well as related research and development projects. As such, Stephen works with a variety of mining equipment suppliers, technology companies, Universities, and start-ups.

He received his B.Sc. (Eng) in Mining Engineering from Cardiff University, Wales, in 1984 and has a degree in Project Management from the University of Sydney, Australia, in 2003. Stephen also holds a NSW Underground Mine Manager’s Certificate.

The Australian Shotcrete Society falls under the Australasian Tunnelling Society, and is an Engineers Australia technical society. Website designed by Webmaster Studios